On November 13, the final of the 7th Jiangxi Chinese Proficiency Competition for International Students was held at Nanchang Hangkong University. KIMJUNGTAE, JUFE overseas student from South Korea, won the second prize in the competition with outstanding performance and LAYKUNTHEA, JUFE overseas student from Cambodia, got an award in the competition. At the same time, JUFE won the Outstanding Organization Award. 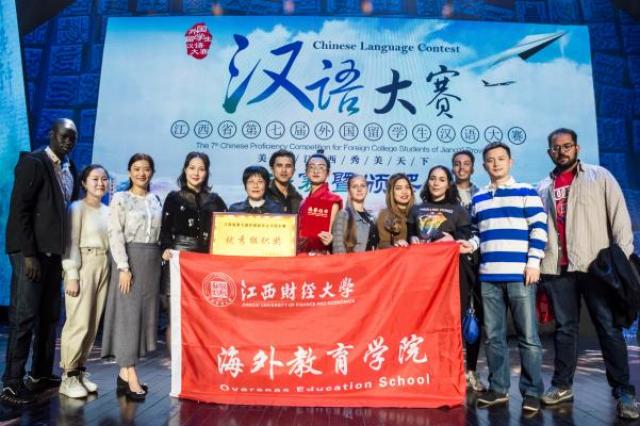 The competition was sponsored by Jiangxi Provincial Department of Education, and undertaken by Jiangxi Education Television and Nanchang Hangkong University. Sun Jusheng, deputy governor of Jiangxi province, Wang Jianghua, deputy director of Jiangxi Provincial Department of Education and other leaders watched the final. Nearly 60 contestants from 18 universities in Jiangxi province participated in the competition this year, which was the most competitive one with the most and highest level of contestants. 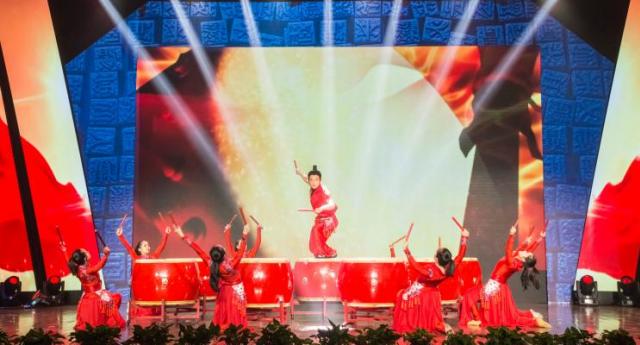 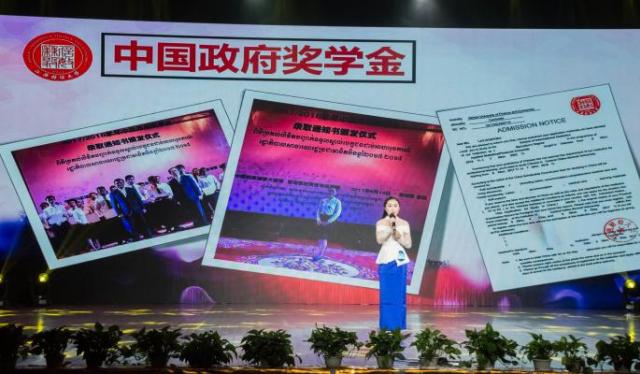 In the final, KIMJUNGTAE performed Drum Dance, which attracted the judges and the competition was brought to a climax. After several fierce competition sections, he finally won the second prize in this competition.

Overseas Education School always attaches great importance to the Jiangxi Chinese Proficiency Competition for International Students. Before the competition, we not only provide one-to-one Chinese tutoring, but also invited teachers from School of Arts and School of physical to be the art directors. ​ After the competition, KIMJUNGTAE, JUFE student from South Korea, said, I am very happy to come to this stage. During my study in Jiangxi University of Finance and Economics, I not only realized the profound Chinese culture, but also the antique culture of Jiangxi province.” Through this competition, he not only improved his Chinese, but also deepened his understanding of Chinese culture and strengthened his confidence in learning Chinese. He hoped there would be more opportunities to exchange and study with other students from all over the world.