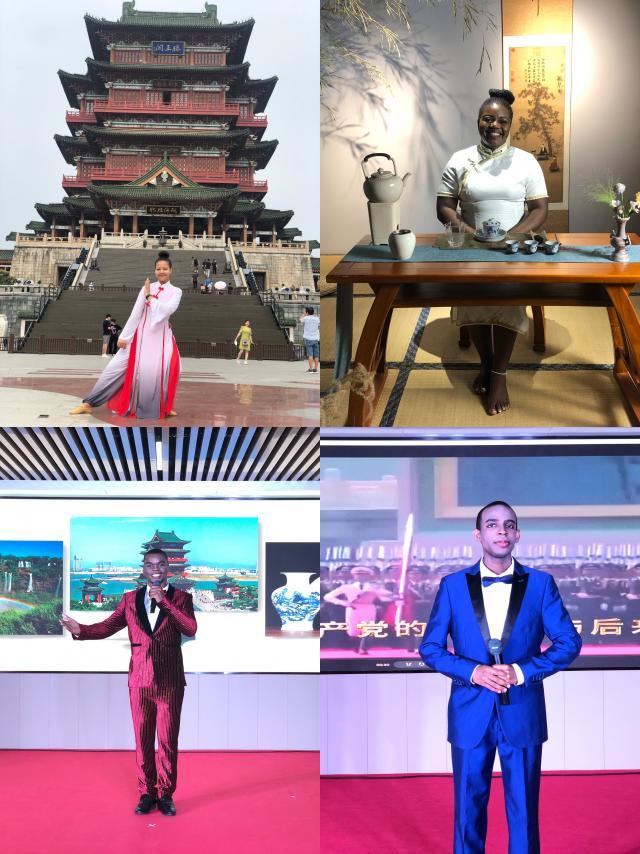 The Jiangxi Foreign Student Chinese Contest is hosted by the Jiangxi Provincial Department of Education and organized by Jiangxi Provincial Education International Cooperation and Teacher Development Center. The theme of the contest was "Realizing a dream of great beauty in China, perceiving a colorful Jiangxi." A total of more than 50 foreign students from 23 colleges and universities in the province who are talented and fluent in Chinese participated in the contest. 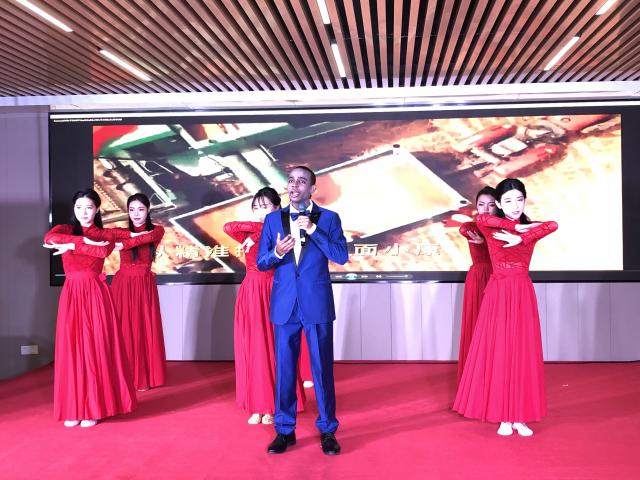 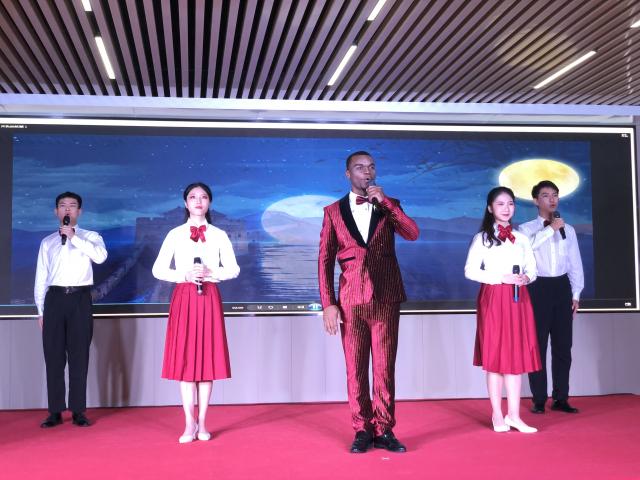 The competition is divided into four stages: the preliminary selection, the second round, the provincial semi-final, and the final. After a strict internal selection competition, four international students from our university stood out to participate in the competition on behalf of JUFE. In the competition between the second round and the semi-finals, Imane from Morocco and Melisa from Equatorial Guinea made significant progress, but they could not proceed to the semi-finals due to strong competition from other competitors. Miguel and Dylan performed exceedingly well. They both reached the final with their fluent Chinese and outstanding talent performance.

Due to epidemic prevention and control and other reasons, the finals took the form of an online live broadcast, with one main venue and seven sub-venues. The finals were divided into three parts: "I Show My Colorful Skills", "I Praise the New Jiangxi" and "I Love Greater China". The contestants' talent display ability, Chinese language expression ability, and understanding of Chinese culture were comprehensively inspected. In the "I Show My Colorful Skills" part, Miguel presented a poem and recited "China Under The Moonlight" for everyone. With natural and smooth expressions, a clear and loud voice, and impassioned recitation, the judges and teachers gave high comments and praised him one after another. Due to his outstanding performance, Miguel entered the next stage with the highest score among all the contestants. "China In The Lights", sung by Dylan, was melodious, tactful, exquisite, and beautiful, which made everyone in the audience applaud. With the title of "Studying in Jiangxi, Feeling for Jiangxi and Poyang", and the theme of Green Jiangxi and Cultural Jiangxi, Miguel's "I Praise New Jiangxi" shared in detail what he saw, heard, and felt during his study in Jiangxi, and expressed his love for Jiangxi. His speech was full of sound and emotion, closely related to the theme, and was highly praised by the judges. In the knowledge question and answer session of "I Love Greater China", Miguel calmly answered and correctly answered all three questions about Chinese culture, Jiangxi culture, and the Red culture by virtue of his in-depth understanding of Chinese cultural knowledge, leading to him finally winning the first prize of this competition with the highest score. Dylan won the third prize in this competition, with an overall ranking of sixth in the whole province.

In recent years, JUFE has won the first prize, the second prize, and the best organization award in this competition many times. The achievement of outstanding achievements is not only the result of the hard work of the foreign students participating in the competition but also the result of the school's attaching great importance to the Chinese language teaching of foreign students, the Chinese cultural theory learning, and practical experience of foreign students, which has established a good image for our university in teaching Chinese as a foreign language in the province and international cultural exchanges. In the future, while focusing on training high-quality international talents, the school will continue to promote Chinese culture, encourage foreign students to study Chinese and understand Chinese culture, strengthen mutual learning with friends from different countries, and constantly improve the practical application ability of Chinese and the understanding of Chinese culture and Jiangxi regional culture of foreign students.