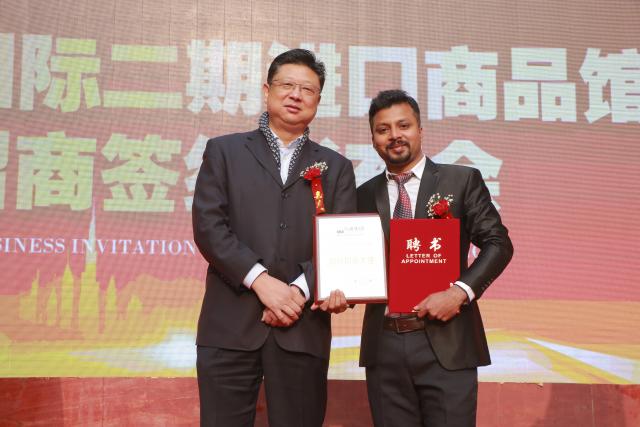 Mohammad Saiyedul Islam, a Bangladeshi meritorious student studying with a Chinese government scholarship at the Jiangxi University of Finance and Economics, has been appointed as the International Investment Attracting Ambassador of the local government in Tongcheng County, Hubei province of China.

Saiyedul received the honor at the Wanya International Import Commodity Pavilion Phase II Investment Promotion Signing Conference with the overall support of the Wanya Group on Monday (December 28). He has been appointed to this post for one year. Xiong Yaping, deputy director of the Standing Committee of the Xianning Municipal People's Congress and secretary of the Tongcheng County Party Committee handed over the crest and certificate to him at the Wanya International Trade Center in Tongcheng.