100 years of CPC: How it came into being 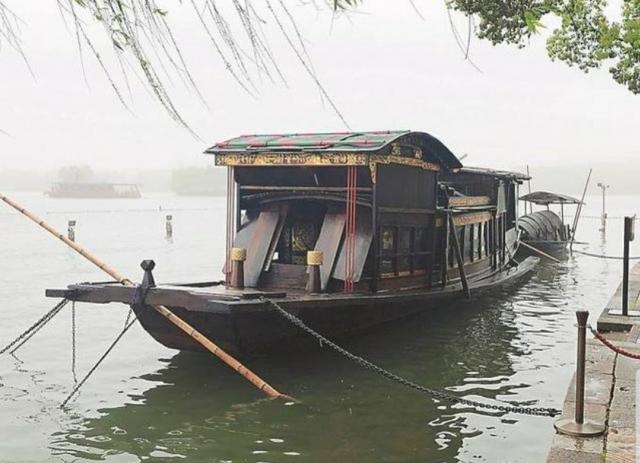 Mohammad Saiyedul Islam: The founding of New China was a great event of epoch-making significance for the Chinese nation with a splendid 5,000-year history of civilization. Modern Chinese history is usually considered to begin in 1840, because after the defeat of the Opium war, the basic nature and main contradictions of Chinese society began to undergo fundamental changes, and China began to become a semi-colonial and semi-feudal country. 2021 is the 100th anniversary of the birth of the Communist Party of China that created the new China. The Communist Party of China is a product of the combination of Marxism-Leninism and the Chinese worker’s movement, and it was born to meet the needs of the development of the modern Chinese revolution. To deeply understand how the Communist Party of China began, we need to go back to the early days of the party.

Later on, on 3rd June 1921, a Dutch communist Henk Sneevliet also known by the single name Marin, the representative of the Communist International, came to Shanghai and met with another international representative Vladimir Abramovich Neiman also known by the single name Nicholsky, an employee of the Comintern and Soviet intelligence, who went down from Siberia. They quickly got in touch with Li Da and Li Hanjun whose were in charge of the Shanghai party organization work during Chen Duxiu's departure from Shanghai, and they exchanged information. The representatives of the Communist International suggested that the party congress be convened as soon as possible to announce the official establishment of the Chinese Communist Party. After consulting with Chen Duxiu and Li Dazhao, and obtaining their approval, Li Da and Li Hanjun wrote a letter to the local party organizations, requesting that each region send two representatives to Shanghai to attend the party's national congress. Between July 23 and August 2, 1921, the Chinese Communist Party held its first National Congress in Shanghai and Jiaxing. The first meeting of the Communist Party of China is actually divided into two important parts: one is the Shanghai meeting and the other is the renewed meeting in Jiaxing. A total of 13 representatives were elected: Mao Zedong and He Shuheng from the Hunan group, Dong Biwu and Chen Tanqiu from the Hubei group, Li Da and Li Hanjun from the Shanghai group, Liu Renjing and Zhang Guotao from the Beijing group, Wang Jinmei and Deng Enming from the Jinan group, Chen Gongbo from the Guangzhou group, Zhou Fohai from the Tokyo group. Chen Duxiu did not attend the meeting due to circumstances, so Bao Huiseng was appointed by him to participate. Marin and Nicholsky, two representatives of Communist International also attended the opening meeting and delivered warm speeches.

On July 30, the sixth meeting of the First National Congress is being held. In the first few minutes of the meeting, the secret agent in the French Concession suddenly broke into the venue, the meeting was forced to be interrupted. Marin, who has a wealth of secret work experience, warned that this person must be an inquiry and suggested that the meeting should be suspended immediately and everyone left separately.

A large group of delegates who moved out concentrated on discussions at Li Da's apartment that night. Everyone agreed that the meeting could not be held in Shanghai. Wang Huiwu, who was present at the time suggested going to her hometown of Jiaxing and rent a boat for meetings in the South lake which is very close to Shanghai and easy to conceal. There was also a personal connection, which was safe and convenient. In the name of visiting the lake, we would hire a big boat, prepared food, drink, and had a meeting on the boat. This proposal was unanimously endorsed by the delegates and think that this arrangement is very appropriate. In the early morning of the next day, the delegates took the train to Jiaxing in two batches. At about 10 o'clock, the delegates arrived at Jiaxing Station one after another. Wang Huiwu rented two boats and used a small boat to take the delegates from the shore to the big boat in the middle of the lake. After a short break, a large meeting began on the slowly rowing boat. The South Lake Conference continued on the issues that Shanghai failed to hold on the 30th. They discussed and passed the First Program of the Communist Party of China. There are only 15 treaties with less than 1,000 words.

The main content of the party program is to determine the name of the party as the Communist Party of China; stipulate that the party's goal is to overthrow the bourgeoisie by the proletarian revolutionary army, abolish private ownership and eliminate class differences, determine the implementation of democracy within the party, and the organizational principle of centralization also stipulates the discipline of the party. Congress also passed a resolution on the current actual work, confirming that the central task of the party after its establishment is to organize the working class and lead the labor movement.

In the afternoon, the representatives decided that the Central Committee will not be established for the time being, because the small number of party members and the local party condition is not well organized. Then, a three-person central bureau was established, and Chen Duxiu was elected as the secretary, Zhang Guotao would have been the director of the organization, and Li Da was the propaganda director. The party's first central organ was born from this.

At that moment, Chinese history opened a new chapter and a great political party has been active in the land of China. Although there were only more than 50 party members, they quickly spread the fire of revolution across the country. The meeting closed in the voice of Long live the Communist International and Long live the Communist Party of China.

Mohammad Saiyedul Islam is a Doctoral Fellow in the School of International Trade and Economics at the Jiangxi University of Finance and Economics, and a journalist based in China.