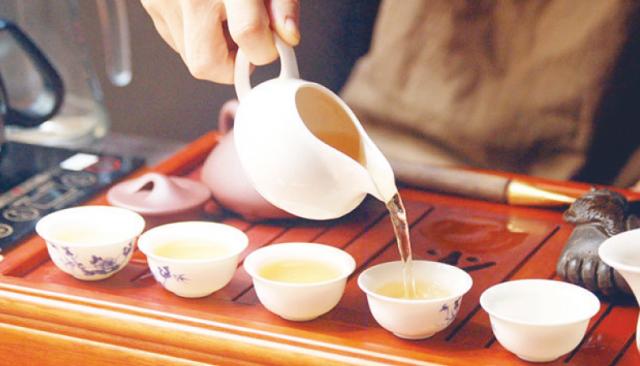 Mohammad Saiyedul Islam: Culture is a social phenomenon that develops throughout time as a result of people's creativity and formation. It is a historical phenomenon and a social history deposit at the same time. Culture, in a wide sense, encompasses all of mankind's material and spiritual resources. China is the hometown of tea, but also the birthplace of tea culture. The discovery and use of Chinese tea have a history of four to five thousand years, and it has been prosperous and spread all over the world.

The reason why tea culture is so admired is that it combines the excellent ideas of Confucianism, Taoism, and Buddhism, as well as the cultural connotations of the three religions, to create its own distinct qualities. In Chinese culture, it is a magnificent flower! The Chinese people have always had the custom of visiting guests to offer tea which perfectly shows the Chinese nation's civilization and politeness.

The origin of tea culture in China. In the Shennong era, which is less than 4700 years old, it is stated that the Han people drink tea. Tea has been used as a substitute for ceremonies by Chinese Han compatriots until now. Tea is prepared in a number of ways by the Han people. According to the Tea of Classic book, it can be seen that Shennong is the first person to discover and use tea in China and even in the world. Following that, it flourished in the Tang Dynasty, Song Dynasty, and was popularized in the Ming and Qing Dynasties.

When people think of the discovery of tea, they think of the legend of Shennong tasting herbs. The usage of tea as a drink and a spiritual pleasure should, however, be traced back to the Western Han Dynasty. The Wei, Jin, Southern, and Northern Dynasties saw the emergence of tea culture. Tea drinking became more popular among the literati, and poetry and songs about tea began to appear day by day. Tea has moved beyond the realm of food and into the realm of culture, and it has played a part in the development of tea culture in the Tang Dynasty. People began to pursue a higher level of spiritual culture during the Tang Dynasty since the material base was rich. In the Tang Dynasty, the Tea of Classic, authored by Lu Yu in 780 AD, marked the beginning of Chinese tea culture. A great number of tea books and tea poems arose later in the Tang Dynasty.

In the Song Dynasty, the Chinese tea culture began to flourish and grow with the foundation of the Tang Dynasty. Tea culture is more vibrant and lively, especially among ordinary people class. Poems and tea paintings were written by many of the literati and scholars who came after. At the same time, the art of tea drinking has been further developed. Following the Tang and Song dynasties' development, Chinese tea culture became genuinely prominent during the Ming and Qing dynasties. Many literati and scholars in the Ming Dynasty have left-handed down works. As the popularity of tea has grown, the techniques of making tea are different, and the styles, textures, and patterns of tea sets vary. Tea export had become a legitimate industry by the Qing Dynasty, with many tea books, tea events, and tea poems.

The Chinese have devised a variety of tea-tasting methods based on the number of persons present, including drinking alone, drinking in pairs, and tasting. One person gets the spirit, two people have fun, three people get a taste, and seven or eight people serve tea when they drink together, as the ancients said. There were games of sending tea, fighting tea, and splitting tea during the Song Dynasty.

Tea can be consumed in four different ways drinking alone, drinking in pairs, tasting alone, and tasting in pairs. Loneliness is soothed by a cup of tea, which also refreshes the mind and adds to the tea's allure. Drinking with friends on a cold night and having a conversation with friends on a knee jerk can make you enjoy tea. With three teas and four wines, it is better to have three people at the same table and enjoy the fragrance of tea.

A thousand miles may have distinct styles, but a hundred miles may have different customs. China is a multiethnic country with 56 ethnic groups that are related. Tea drinking practices vary per ethnic group due to variances in geographical location, history, and culture, as well as diverse living patterns. In life, even in the same ethnic group, in different regions, the tea-drinking customs have their own merits.

Some of them use tea for food, focusing on the integration of tea and food, while others are based on ethnic tea drinking ways, and the tea art of many ethnic groups is richer in life and culture as a result of artistic processing and tempering. The well-known Dao tea of the Bai ethnic group, Lei tea of the Tujia ethnic group, Butter tea of the Tibetan ethnic group, and black tea of the Mongolian, Tibetan, and Uygur ethnic groups are among them. Tea drinking, on the other hand, is commonly seen as a health drink, an incarnation of purity, a bridge of friendship, and a tie of solidarity.

Tea culture in China is the cradle of tea culture in the world. Tea is enjoyed by people in over 100 countries and regions all over the world also love tea. Some places emphasize tea consumption as a form of creative expression. Tea drinking practices differ from place to place, country to country and each has its own advantages. The ancient Chinese traditional tea culture combined with the history, culture, economy, and humanities of various countries, and evolved into British tea culture, Japanese tea culture, Korean tea culture, Russian tea culture, and Moroccan tea culture.

Tea drinking has become a way of life in the United Kingdom. It is a kind of etiquette for British people to express the gentleman's style. China is where the Japanese tea culture began. Japanese tea culture has strong Japanese national customs and has developed a distinct tea cultural system, genre, and etiquette. Koreans believe that tea culture is at the heart of their culture. Every year the 24th of May is designated as National Tea Day.

With the rapid development of China's economy, tea culture is no longer just people's spiritual appeal for harmony, truth, tranquility, and joy. The primary goal of tea firms discussing tea culture is to promote the growth of the tea business. The organic blending of tea culture and market economy has played a key role in promoting tea goods and generating industrial profits as a derivative product and marketing tool of traditional tea. Since 2008, colleges and universities around the country have developed tea culture colleges, creating appropriate majors and research disciplines in the process.

Last but not the least, Tea unites the world and its inhabitants, promoting the idea that the world is a family. Tea is not simply a beverage, but also a culture with a long and rich history. Tea culture is a sparkling pearl in the long river of Chinese civilization, as well as an important aspect of Chinese traditional culture. The economy is up, but the culture must not be backward, the social atmosphere must not be dirty, and the morality must not be corrupted and ugly. The spread of tea culture after the reform and opening up shows that tea culture has the effect of changing social improper consumption activities, creating spiritual civilization, and promoting social progress.

The writer is a Doctoral Fellow in the School of International Trade and Economics at Jiangxi University of Finance and Economics.